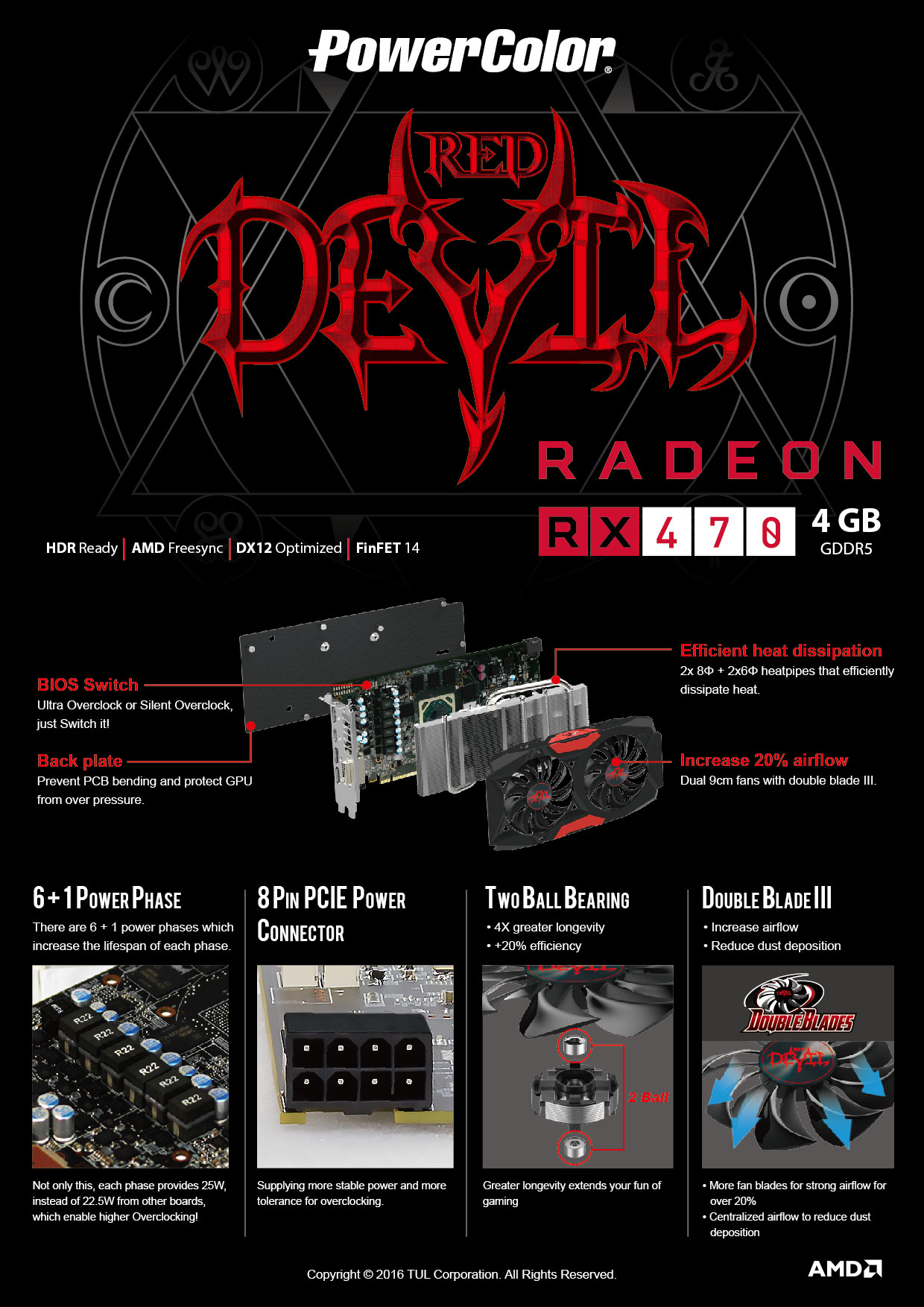 Put the little Red Devil in your box and DANCE!

Ability
PowerColor Red Devil RX 470 4GB GDDR5 utilizes 4GB of GDDR5 memory with 2048 stream processors, ships core clock up to 1270MHz, and has 1750MHz memory clock speed which is connected via a new high speed 256-bit memory interface. Having a 8 Pin power connector plus superior 6+1 multi-phases where each phase supplies 25W instead of 22.5W found in other boards this board is designed for the ultimate performance and supplying stable power.

Stability
The board design enhances the power efficiency and stability, and also enables ultimate performance in overclocking mode with BIOS switch. In order to achieve better thermal solution in both ultra overclocking and silent overclocking mode, PowerColor Red Devil RX 470 adopts the newest fan technology called Double Blade III which has more fan blades for increasing airflows and prevents dust deposition on fans. The Double Blade III is made with dual 80mm 2-ball bearing fans, give 4 times longevity than the regular fans, with 2pcs of 8mm and another 2pcs of 6mm nickel-plated heat pipe for the best heat dissipation.

Durability
In creating one solid card with all components, the Red Devil also includes a backplate as well as having the PCB locked in a thermal module using the method of spring screws to pin through the rivets. The backplate and the copper based thermal module hold the GPU for not only balancing the pressure of the whole board but also for avoiding the damage done to the GPU and other components if dropped.